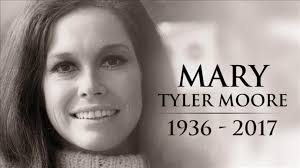 This past week Mary Tyler Moore, a role model to many young women, died. The timing couldn’t have been any more befitting especially with all the turmoil and changes that our Country is going through with our newly elected president taking office.

Mary Tyler Moore was an actress who showed little girls and young women all across the America and beyond that women can stand up for themselves and work and live in a man’s world. She did all of this through a simple weekly sitcom in the 1970’s.

Mary wasn’t a proclaimed feminist, she was simply looking for logical alternatives to help the movement without actually participating or so she thought.

Mary’s highly energetic, lovable, laughable enthusiasm was contagious. Watching her go into that newsroom everyday and work along side men. Wow, it was just cool to me! 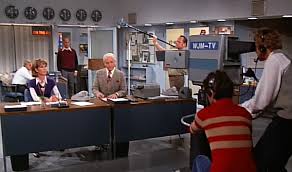 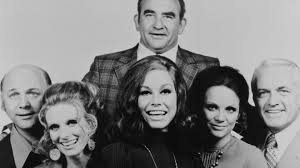 However, what she was unconsciously accomplishing by playing the role of Mary Richards in the Mary Tyler Moore Show was allowing little girls and young women who were watching her show every week, was to understand that there were choices and opportunity at our disposal and that we too could make it on our own one day.

Gosh, I can remember my two sisters and me lying on our stomachs, as close up as we could get to the television, mesmerized by the Mary Tyler Moore Show, Sonny & Cher, Rhoda, The Carol Burnett Show.

Sounds kind of stupid in retrospect however as a ten year old girl, these women were shaping my future mindset with a simple weekly sitcoms.

Today I stand in amazement of young men for the most part because I don’t believe that many of them can ever imagining a world where women seriously aren’t a blend of the same fabric that makes up our society. It really seems that most men want us to succeed because it just means more money added to the household bank account and better conversations at the dinner table. Those men were watching the same shows as we were every week.

As a woman, I have watched many strong women humbly climb the ladder; such as Oprah Winfrey, Barbara Walters, Dianne Sawyer…  Hillary Clinton has shown my eleven year old daughter that there are so many cracks in that glass ceiling – that anything is possible. Michelle Obama has taught me humility and grace under fire; her actions as a mother have reassured me and should you too, that being a mother is the greatest job on earth and should always come first. 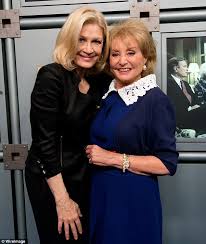 Any and everything that we do in our life has some element of fear connected – that is what keeps us grounded. Which is what makes me so grateful for those women during the Mary Tyler Moore era who dared to step outside the box on television in roles like her’s that could have quickly ended their acting career.

I tell my son every time he leaves the house to go skiing (which is a lot), “Drive carefully but ski fearlessly.” The reason that I say this is because to drive careful is logical. However, when you are at the very top of a double, triple black diamond about to drop 1,500 feet in altitude at high speed, with nothing but gravity holding your skis to the side of that mountain and a helmet on your head – there is no room for fear because there is only one way down – the least bit of fear could mean your life.

Mary Tyler Moore may you rest in peace knowing how many lives (both men and women) that you guided down untraveled paths. Thank you, Mary for being such a wonderful artist; your craft molded my mind to believe that anything is possible; your smile really could light up a room – it lit up my life!

Love is truly all around us – no need to

This site uses Akismet to reduce spam. Learn how your comment data is processed.