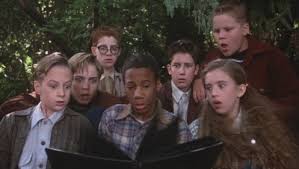 Is parenting in 2017 more difficult than it was before the internet fell from space and into our homes? Of course, it is. According to experts in the past 10 years, it has become far easier to emotionally disconnect from your child than it was 10, 20 or 30 years ago or so you would think. Most scholars are claiming that technology is ripping apart the fabric of our interpersonal skills thus; creating a separation of child/parent relationships.

Then there’s the fact that we don’t sit down together as a family at the kitchen table for dinner anymore. However, when we do sit down together it seems as though everyone has some sort of electronic devices in their hand either taking pictures of their food, playing a game, or teenagers texting their friends about how lame their parents are.

We have separated ourselves from getting lost in a cheerful game of Monopoly with those we love. Hell, who has time for a stupid board game with your lame parent’s when there are a trillion youtube videos to be watched.

The relationship we build with our children doesn’t come only from what we say and do – it evolves from how we FEEL about who WE are as people, not just parents. Whoever it is that you see in the mirror every day is what you’re vibrating to the world. If you don’t like your reflection then be aware; your children will feel right through the pretending.

So, the question isn’t about our electronic devices it’s about how our children learn consciously to embrace life with openness, love, compassion, and hope for a better world – OR – whether they struggle in search of a good feeling behind a computer because we aren’t emotionally available for them.

Children do not come with an owner’s manual… I wish, but they don’t. So, we tend to rely on well-meaning methods that our parent’s used in raising us, but it’s a different world with different issues today. It’s not your fault that someone passed on belief’s which worked for them at the time but are completely ineffective in today’s world.

However, when we unconsciously recycle these belief’s to our own children – then it is your fault – so – STOP IT!

I call the “STOPPING IT” part, “Breaking the Chain”.

Don’t misunderstand me children need boundaries and rules and believe it or not, they are depending on you as the parent to guide them, “Be the boss”.  These things are highly important and we must be consistent when possible – children thrive in an environment of routine.  However, not only is our world ever-changing – so are our relationships with one another.

Being flexible in thought, feeling, and action should be one of the most worn out tools in your toolbox – when it comes to parenting.

I remember my son’s first-grade teacher telling me; “I’ll make you a deal, you believe half of what he comes home and tells you about me, and I’ll believe half of what he comes to school and tells me about you.” I laughed at the time but then found that kids process their little world much differently than we do as adults, however, we are HUGE to them – we are their world. Our kids hang on our every word and feel any and all the vibrations of our emotions.

So if you are constantly blaming others for why your life isn’t going as planned; if you’re always judging other’s simply to soothe your own lack of uncertainty; if you’re making one excuse after another for any and all things that you can’t do; then how can you expect anything different from them? You can’t.

They will take these, “Mind viruses” with them to school and then again out into the world as adults replicating this behavior to their children. This is where it gets confusing for them because we’re telling them one thing; then showing them another by example.

The best advice that I can give ANY parent that is struggling is, “Put your oxygen mask on first”. Recognize where your frustrations lye and then make yourself aware of that behavior, ask yourself, “Would I want my kid to act this way?” Your children will hypnotically follow your lead – children are not only incredibly resilient, but they also adapt quickly.

Children are like a liver or a lung. They will repair their thoughts and never look back if you stop filtering toxins into them soon enough. My point is, when at first you don’t succeed, try, try again. And no matter what, we are all going to find something to blame our parents for as an adult. Don’t think that you’re going to be the exception to the rule.

Just do your best by loving them and loving yourself. Be aware of what isn’t loving to you and those around you – and make no mistake – you will not only be a better parent; you will have become the best you, you’ve ever been.

Be easy on yourself; be flexible on your reasoning and remember; it’s a new world out there.

2 thoughts on “BREAK THE CHAIN OF MISUNDERSTOOD PARENTING”

This site uses Akismet to reduce spam. Learn how your comment data is processed.